People want to know what your novel’s about. “Tell me in just a couple sentences.”

Blurbs are important, not only for submitting a novel to a prospective publisher/agent, but also for the marketing of said novel. I’ve been working on blurbs for the Sentient series. The whole series, and then the individual books. For some reason, blurbs have always been difficult for me. I think it’s because I’m naturally a sparse writer. I really have to work to add detail to my stories, and these little bites that are supposed to tell the whole novel in two sentences just feel too empty to me. Let me show you. This is my first attempt: 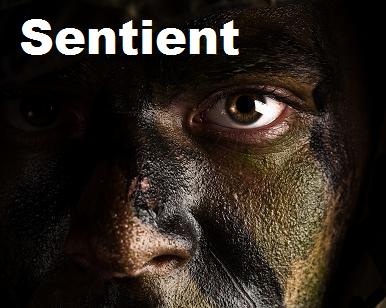 Palamoura de la Croix is betrayed and almost killed by her boyfriend and her employer. Now she must do what’s right, at all costs.

Sucks, doesn’t it? Doesn’t tell you a single thing about the novel except the heroine’s name. This next one is marginally better:

Cadet Colonel Palamourah de la Croix and her rangers have been betrayed by their employer, the Interplanetary Peace Coalition, and abandoned on the planet Colossus, which they must protect at all costs.

Yeah, that one still has problems. But, at least you got a few more details. It’s still pretty vague. I tried breaking it down a bit:

Cadet Colonel Palamourah de la Croix just wants to accomplish her mission and graduate from cadet to full ranger with the Interplanetary Peace Coalition, like her father had, but her employer and her boyfriend betray and try to kill her. Abandoned on the planet Colossus, she and her rangers must find a way to survive and protect the planet at all costs.

Better, but what happened? How did they betray her? We need still more details, please. What’s the action that’s going to excite us? This is what came next:

Sentient is based on an uninhabited planet nicknamed Colossus. Fourteen year old Palamourah de la Croix, a female cadet marshal in the Interplanetary Peace Coalition, and her team embark on a routine escort mission.  Once there, they are attacked by their own machines as well as a deadly virus.  Over two-thirds of her team, including her boyfriend, are killed. Struggling with the betrayal of those she trusted, Pala must keep charge of the mission and discover the truth behind it while she fights the IPC to save two planets, Colossus and Earth.

See, not bad. It still needs more work. I know people who can whip out a dozen of these with no real thought and each one is near perfect. Me? I’ll keep working on it. It may take a few weeks, but it will get there.

Here’s a couple good sites that give hints about writing a decent blurb: